The city of caves, but not only this, offers a vast melting pot of traditions that mark the different periods of the year, enlivening the summer evenings, as well as the days of Christmas and Easter periods. The city also contains a characteristic old center which is full of churches and buildings of major architectural and artistic importance. Castellana Grotte also makes part of the Valle d'Itria area from which you can reach beautiful places in the district such as Alberobello, Polignano a Mare, Conversano, Martina Franca, Locorotondo, Cisternino.
There are also some characteristic towns of the province near Castellana, but it is impossible not to visit such cities as Bari, Taranto and Lecce. 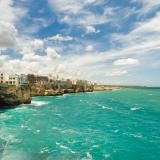 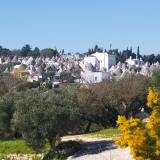